The 7 elements of a good networt: Interaction with each other/rituals and formalities 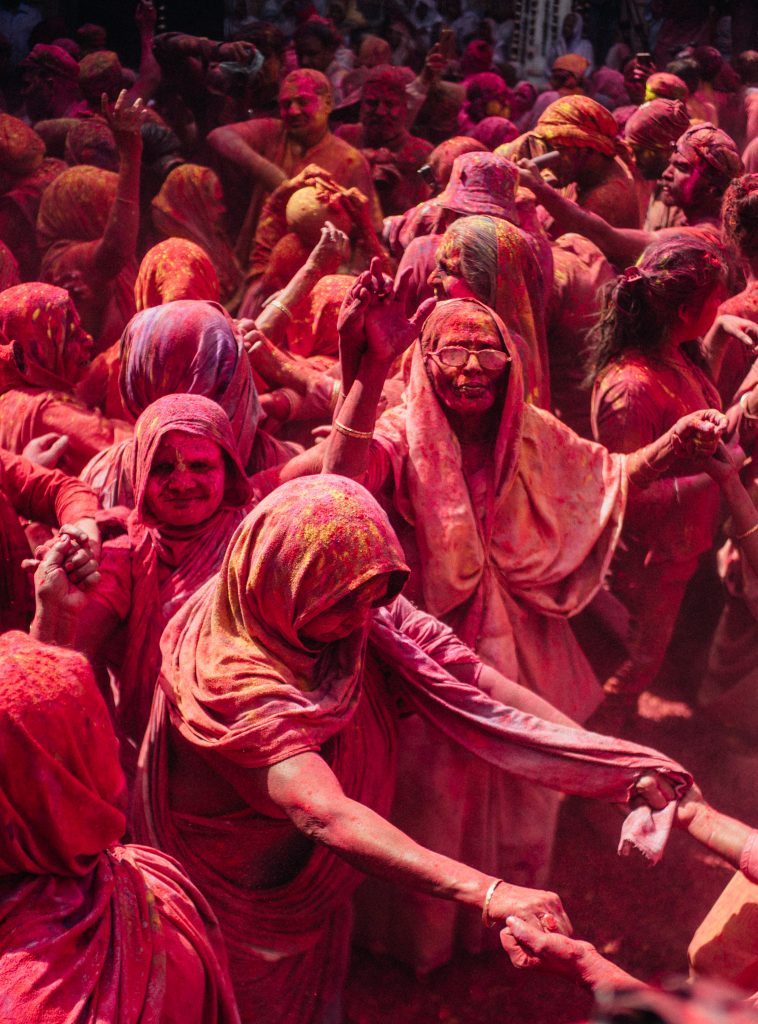 By observing how the members of a network interact with each other, you can learn much more about the essence of the respective institution than from information documents and conversations with the organisers. Already Baltasar Gracián wrote in his „Handoracle“ of 1647: „The experienced feel the pulse of the soul on the tongue“, again referring to Socrates who said „Speak so that I may see you!“.

Interaction with each other/rituals and formalities

You may have had the experience yourself in different gyms: In some, members greet each other, people smile at each other, it seems as if many know each other. This then always continues with the staff, who are also friendly and open in such institutions. In other studios, however, everyone trains in front of themselves, they don’t look at each other and no one greets the other. Usually the same style can then be found among the team, which is inattentive and sometimes downright unfriendly. You can assume that the quality of the trainers in the „distant“ studios is also worse and that you will achieve corresponding results for yourself. Conversely, in the „friendly“ studios you will find that both the quality of training in courses and the general quality of the organisation is better. This is because in facilities where members communicate actively and constructively with each other, there is also more constructive criticism when something is not going perfectly, grievances are addressed (and solutions are suggested), committed staff receive direct positive feedback and are thus motivated, beginners in courses receive support from experienced members, and so on. I have tested numerous such sports facilities and have felt this interesting effect every time. There are indeed differences between a room with fitness equipment and courses and a real „club“, i.e. a network of people doing sports. So to determine whether a gym is generally good, all you really have to do is spend an hour at the reception desk, or bar, and observe how the members and team talk to each other, what „the soul“ of the institution is like. It is similar with organisations you want to join for purposes of better networking with others, the „gyms for relationships“.

Dealing with each other/rituals and formalities

Every group of people maintains a certain degree of formality and rules in their dealings with each other, from which you can read how the respective group functions. The word „formality“ is described in the Duden as „prescribed form“. There is a clear difference here between whether a group has „habits“, i.e. unconsciously recurring patterns of action (you know this: unintentionally the same people always sit next to each other at the table, you automatically always greet the same people first, etc.) or whether there are formal laws that may be unwritten but are therefore no less important (e.g. a certain seating arrangement, a clearly regulated sequence of networking events, a special form of greeting, etc.). The more professional a network, the more of these laws „there usually are and the more formal it becomes: In a casual circle of friends, less attention is paid to form than to content; in the military, form is decisive (it doesn’t matter if you are an idiot, the main thing is that you follow the rules and wear the uniform correctly). For the outsider, these unwritten laws become visible in all the little rituals that take place in human groups. „Ritual“ is defined in the Duden as „procedure according to a fixed order“. Elsewhere the term is described in a little more detail:

„Ritual is the „socially stereotyped sequence of conduct that has become a form of rule and is considered correct.“ We humans „follow patterns of action that bear the stamp of socially approved ‚correctness‘.“ [3]

(„Religion in History and the Present“)

„Rituals are „cultural expressions that have their meaning in the preservation and confirmation, the consolidation and affirmation of social or cultural orders. […] Rituals thus have an enigmatic in-between position: on the one hand, they are planned, initiated, staged and performed; on the other hand, they virtually perform themselves, prescribe „their actions to the participants to a large extent, and they unfold their power all the more efficiently the more inscrutable their mode of action remains for those involved in them.“ [4]

Rituals, formalised actions, i.e. the areas in which all members of a group act according to the same rules, have a certain purpose: they synchronise a heterogeneous group and provide a sense of community that makes the group stronger and more productive. There is even scientific research on this. Scott Wiltermuth from Stanford University has investigated how a group’s communal activities affect the members‘ willingness to cooperate. He asked himself why people in the military, religious communities and other „communities“ always sing, dance or march together. Wiltermuth sent three test persons each as a group for a walk on the university campus. Some of the groups were instructed to walk in step, the others walked around „normally“. Later, Wilthermuth conducted a game with the participants: The test persons could earn money, but automatically „reduced the profit of the other participants in the group the more they proceeded according to selfish resolutions – „The more money I get, the less the group gets“. The others were able to hedge against the (suspected) ego trips of the others in advance, but this distrustful behaviour also reduced the payout. The subjects could only achieve the largest possible payout if they thought of the benefit for all and had deep trust in the good intentions of their teammates: „The more I give to the group, the more I get myself.“

As you can already guess by now, those who „marched“ in step with their group were much more trusting and cooperative, paying more attention to the community good and less to their own advantage, than the subjects who maintained their individual walk mode. Shared rituals of a network – whether these are marching, singing or regular meetings with regulated routines) thus lead to a sense of community, a sense of responsibility for each other and higher productivity of the group.“[5]

Rituals are thus the visible „tip“ of the iceberg of rules that determines the function of a „network. There are rituals in every human group: from the skat round to the business club. Before you become part of a group, you should calmly observe these visible expressions of the rules in dealing with each other. Because whether you feel comfortable in a network or not also has a lot to do with whether the laws there suit you. Because you can hardly avoid them:

„The mass of actors participate voluntarily, but they have no say in how the process is carried out in detail, and most importantly: they cannot ‚drop out‘ during the process without permanently disrupting the ritual, i.e. the ritual unfolds in its course a kind of closed momentum of its own, which cements the initial consent, makes it almost irreversible, – if the individual does not want to fall out of the […] community by withdrawing his consent, or does not want to justify himself […] before all instances.“ [6]

The Dictyonomy Institute was founded by Alexander S. Wolf in 2009 to further develop sustainable networking.